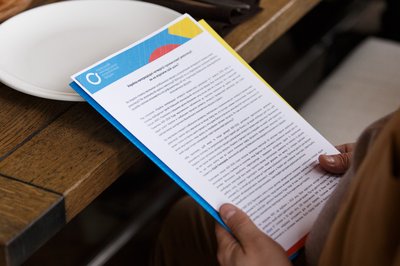 The 3rd Kyiv International Economic Forum (KIEF) under the slogan “Ukraine on the eve of the Fourth Industrial Revolution” will take place in Kyiv on October 6-7, 2016. As compared to the first two Forums, both the subject and scale of the event have been changed. The subject of KIEF 2016 will be maximally close to the practice of attracting investment to Ukraine and its participation in the Fourth Industrial Revolution, which has become the keynote of this year’s World Economic Forum in Davos.

At the next turn of the global development associated with the manifestation of the Fourth Industrial Revolution, countries of the world compete for a place among those who possess new technologies. Ukraine can’t ignore this process, although a lot of opportunities missed over the past 25 years push our country to the periphery of the world processes. So, how can we take another chance given by history on the eve of the new industrial revolution?

“We want a lively and fruitful discussion at KIEF 2016 to help improve national economic policy and propose effective strategies for businesses. It is extremely important for Ukraine to participate in the Fourth Industrial Revolution. Due to this, we have also changed the Forum’s slogan “Ukraine: from the Third World to the First” for the new one, which underlines the fact that our country has got the potential to be among the players of the Industrial Revolution 4.0,” says Yurii Pyvovarov, the Executive Director of the Kyiv International Economic Forum.

The keynote of KIEF 2016 will be the issue of attracting investment. Crisis traits of the Ukrainian economy can be considered positive when it comes to the opportunity of getting lower asset prices. The production infrastructure is largely outdated, but investments can bring high capitalization, considering the educated and inexpensive labor force, and developed transport channels of our country, which borders with four EU members and has easy access by sea to Turkey and the Middle East. During the second day of the Forum, the experts will discuss the opportunities that are opened to foreign investors in Ukraine, the investment attractiveness of various economic sectors and investment programs of Ukrainian regions.

КIEF-2016 will bring together several dozen leading foreign and Ukrainian economists, reformers, businessmen and government officials. Including experts from countries, whose experience of economic transformation can be useful for Ukraine.

The first KIEF that was held in 2014 presented the overall vision for the modernization of Ukraine’s economy. The tools to help Ukraine make an economic breakthrough were identified at the second KIEF, which brought together 67 experts from 20 countries, 150 media and more than 800 guests. World-renowned economists recommended Ukraine to purposefully manage the economy through the Business–Government–Society triangle, and not leave it to the mercy of the free market. To convey the ideas of ​​the Forum to the politicians, business community and civil society, a communication platform was set up under the auspices of KIEF, with the series of thematic round tables.