How to speak the way to be listened to? 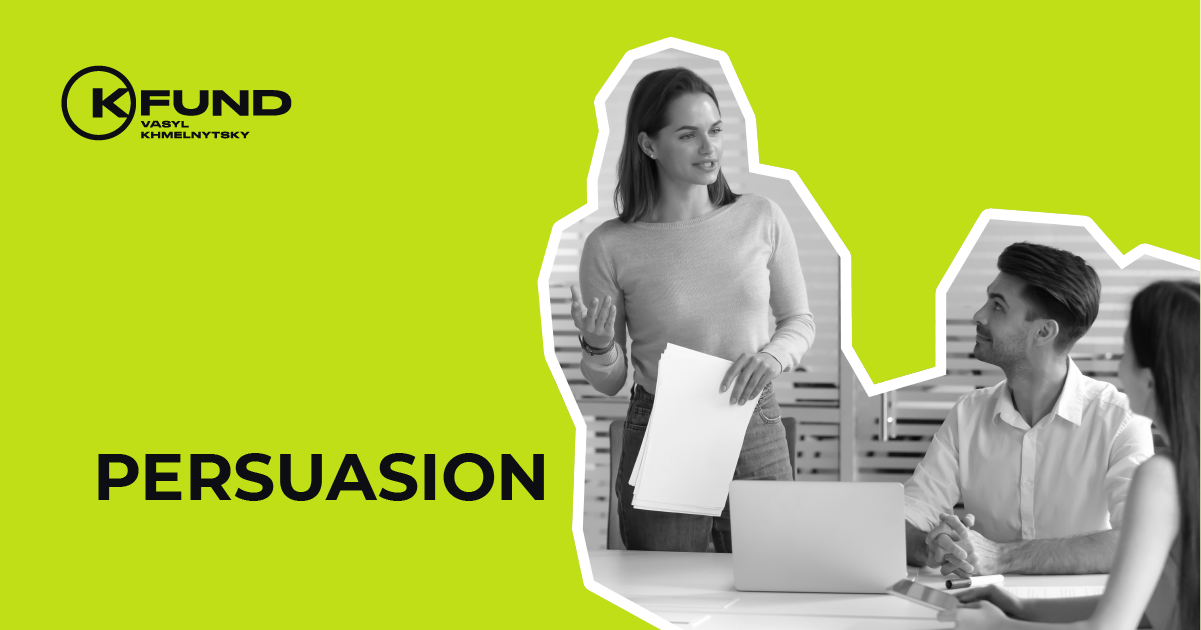 Sociability helps to establish valuable connections, accurately express your thoughts and make sure they are listened to. Not surprisingly, according to LinkedIn research, persuasion is one of the top 5 soft skills for career development. At the same time, the results of a study by McKinsey & Company show that communication skills are among the top three skills that companies most often lack in job applicants.

1.Say the most important things at the beginning and at the end

Communications business consultant Jace Borg, in The Art of Speaking, advises framing messages so that the main points are in the introduction and conclusion. The fact is that our brain remembers information better at the beginning and at the end – this was noticed by the German psychologist Hermann Ebbinghaus.

This feature of information perception is called the “edge effect”:

The information that was inside the message is either not remembered at all, or is quickly forgotten.

It is more pleasant for our brain to deal not with facts and figures, but with stories. They evoke an emotional response and hold attention better. Therefore, if you want your message to definitely touch the listener, James Borg advises submitting it in the format of a story.

The validity of this conclusion was proved by scientists at the Stanford Graduate School of Business when they conducted research among students. They were asked to give a speech of 1-minute duration: one in ten had to build it around history, and the rest around dry facts. It turned out that 5% of listeners remembered the facts, and 63% remembered the story.

The advantage of stories is that they use imagery – not just convey the main point of the message, but illustrate it.

If you want to convey concern about the act of the interlocutor and push him to the action you need, do not push. Instead, use the “I-message” formula suggested by psychologist Thomas Gordon:

The advantage of the technique is to convey the message without accusation or aggression. You focus on your feelings, explain the reason for the request, and offer options for action.

Give some of the functions to one of your colleagues. For example, don’t tell a subordinate: “You’re slow in completing these tasks so that we may have shifted project deadlines and we won’t have time to present it to the customer.” The best option is “I’m worried that you are not keeping up with the tasks, which may cause our project deadlines to shift. Therefore, I would like you to involve one of your colleagues in the functions.”

A person will remain indifferent to what you say if you cannot build an emotional connection with them, according to psychologist and emotional intelligence expert Travis Bradberry. We are mistaken when we want to stick to an artificial image during a conversation. To inspire confidence and emotions in the interlocutor, you need to be open and share your feelings.

His opinion is supported by Harvard Medical School psychologist Susan David. In her book Emotional Agility, she writes that it is important for the interlocutor to find out if we can be trusted. Therefore, he hopes for manifestations of friendliness, loyalty, and empathy – these are evidence of good intentions in communication. To manifest them, use three tools:

5.Don't fall for the "sins" of communication

In contrast to “sins”, he offers four components of high-quality and effective communication:

6.Discuss the issue as if everything has already been decided

In order for a person to join your opinion and make the decision you need, encourage him to imagine the situation in which you want to involve him. Talk as if the other person has already agreed to your offer. Such advice is given by business mentor and speaker Mark Rhodes in the book “How to talk to anyone.”

This encourages the person to think more deeply about the benefits of your idea.

K.Fund › Media-centre › News › How to speak the way to be listened to?