Ukraine in the context of the fourth industrial revolution: success is possible, but we need clear strategy and action plan 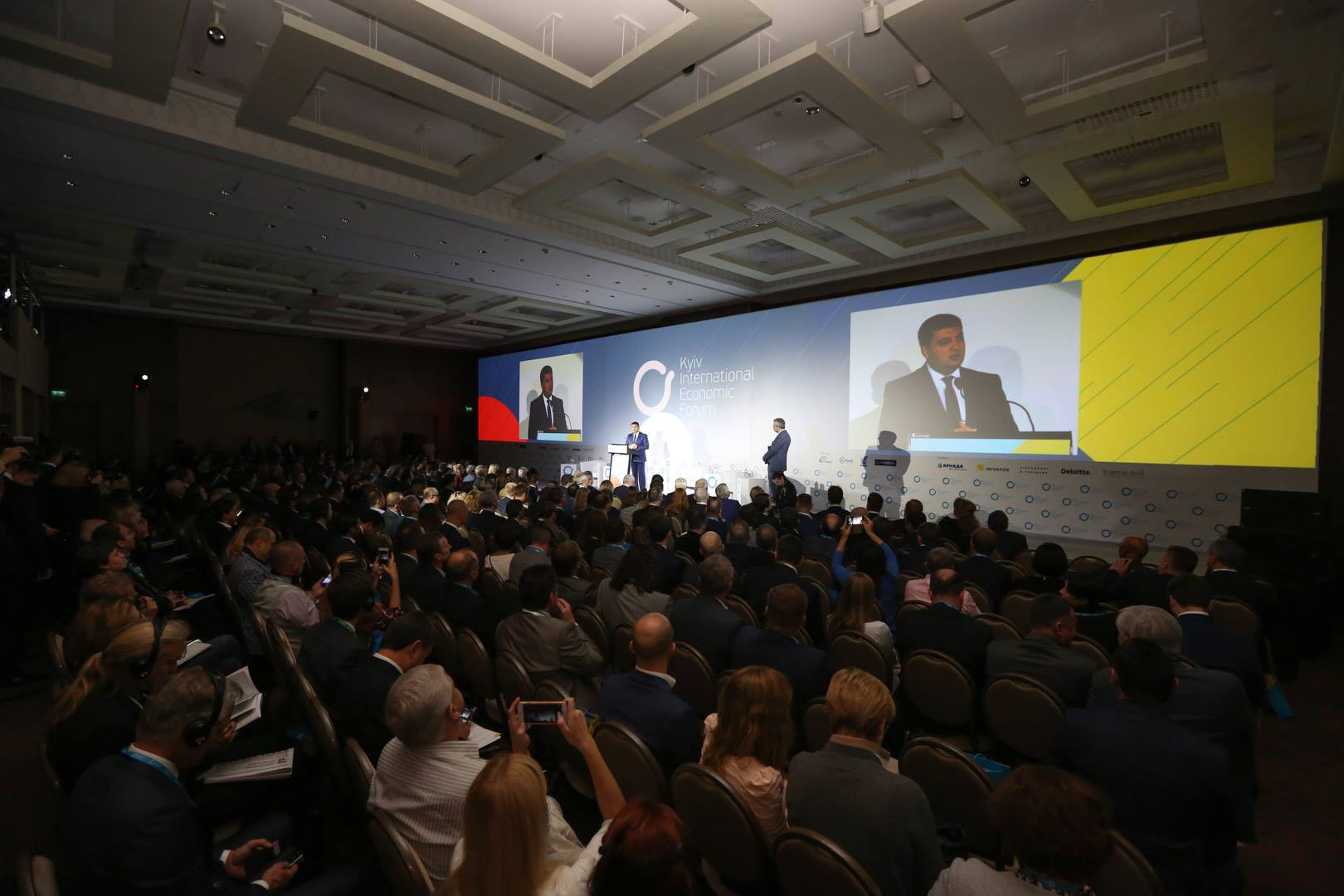 On October 6-7, 2016 the 3rd Kyiv International Economic Forum (KIEF) — one of the largest business events in the country — took place under the slogan “Ukraine on the eve of the Fourth Industrial Revolution”. It was attended by 85 speakers from 20 countries, 190 mass media representatives and more than 800 guests.

The Forum brought together renowned foreign and Ukrainian economists, visionaries, reformers, politicians and businessmen who discussed the current state of our economy and proposed ways of improvements. This year KIEF was extended to two days. The second day was fully devoted to attracting investment to Ukraine.

Increasing role of KIEF in the formation of new economic strategies and impact on their implementation has been proved by the fact that, for the first time, the Prime Minister of Ukraine participated in the Forum. Volodymyr Groisman opened the plenary session, during which he stated that the task of the government is to create favorable conditions for attracting investment and realizing the great potential of the Ukrainian industry. The government is already establishing an investment support office, which will become an entry point for investors; as well as the National Committee for the Revival of the Ukrainian Industry involving entrepreneurs. According to Groisman, the main aim of the government is to make Ukrainian products with high added value competitive in the global marketplace.

During the panel discussions, experts in different areas from around the world were in agreement that Ukraine has a chance to move forward in the context of the Fourth Industrial Revolution. But this requires drastic changes in the country’s economy, which is possible only due to deliberate government policy. According to Viktor Halasiuk, Chairman of the Verkhovna Rada Committee on Industrial Policy and Entrepreneurship, there are three ways to change the economy. The first one is the reformation, which allows the country to “stay afloat”. The second way is the transformation – we can try to catch up with leading countries. But Ukraine needs implementing innovations as a way to change the economy. We should move from reforms to this level. The country that is in a state of economic decline and deindustrialization has to use the available resources to become a world leader in certain niches. So it is necessary to develop the sectors we can quickly scale by several times and create new areas.

Another important prerequisite for moving towards the Industry 4.0 is a radical transformation of the education system. “We must not increase the number of university graduates (there are a lot of them in Ukraine anyway), but embody a new education paradigm. Students should study not in order to pass exams – we should stimulate creative thinking and proactivity. In general, there are three prerequisites for moving towards the Industry 4.0: the availability of highly educated people, universities with a focus on applying scientific developments and entrepreneurs who want to use these achievements in business,” said Garry Jacobs, CEO of the World Academy of Art and Science.

Representatives of the EU, including Christian Danielsson, Director-General for Neighborhood and Enlargement Negotiations at the European Commission, advised Ukraine to take full advantage of the EU-Ukraine Association Agreement on its path to economic recovery. After all, Ukraine is one of the few countries outside the EU, but it has access to its market and may be well integrated into the European added value chain. At the same time, the world-famous Norwegian economist Erik Reinert noted that Ukraine should be largely self-reliant and create a strategy that is independent of the EU one, because the EU is not a success story for all.

Over the past two years, the mainstream of Ukrainian public opinion is attempts to repeat the success of a particular country, from Singapore to Poland. This issue was considered during the Forum, and the speakers stressed that we should not look for any ideal country and try to use its experience in our territories. “Countries in transition usually tend to copy the practices realized in more developed countries 30-40 years ago,” says Peter Lindholm, World Bank Innovation Policy Advisor. “I believe that you should not copy others – you need to develop the practice best for you. To accomplish this, you should take simple steps: focus on several points of growth, create success stories and share them”. Grzegorz W. Kolodko, Deputy Prime Minister and Minister of Finance of Poland pointed out that Ukraine should not heavily borrow from the Polish experience during the dismantling of the socialist system. These reforms are often mentioned, but the current situation in Ukraine is significantly different. It is better to refer to the period from the mid-1990s as an example to follow.

The panel discussions on industrial and investment potential of Ukraine aroused great interest among the Forum visitors and showed that domestic businesses are positively oriented towards development. In particular, Oleksandr Gromyko, President of Saturn Holding is confident that the production of household appliances can be profitable not only in China, but also in Ukraine. However, there is a strong need for heavy-handed action to combat smuggling and shady imports. According to Kostiantyn Yefymenko, Chairman of the Supervisory Board of BIOFARMA, it is desirable to provide cheap and long-term finance to expand manufacturing. Cooperation of both businesses and government in foreign markets in the form of joint trade missions, traditional to many countries, to successfully sell products in all the world’s markets is important as well.

The successful unification of the Ukrainian IT companies and industry for implementing innovation in manufacturing was mentioned as a driving force for economic renewal of Ukraine. According to experts, the interpenetration of the IT sector and industry, unfortunately, does not happen today, because manufacturers see the IT sector as a separate vertical, as a thing in itself. If to change this situation, there will be a strong synergistic effect.

The first KIEF held in 2014 presented the overall vision for the modernization of Ukraine’s economy. The tools to help Ukraine make an economic breakthrough were identified at the second KIEF, where world-renowned economists recommended Ukraine to purposefully manage the economy through the Business–Government–Society triangle, and not leave it to the mercy of the free market.