Cognitive Traps: What Are They? 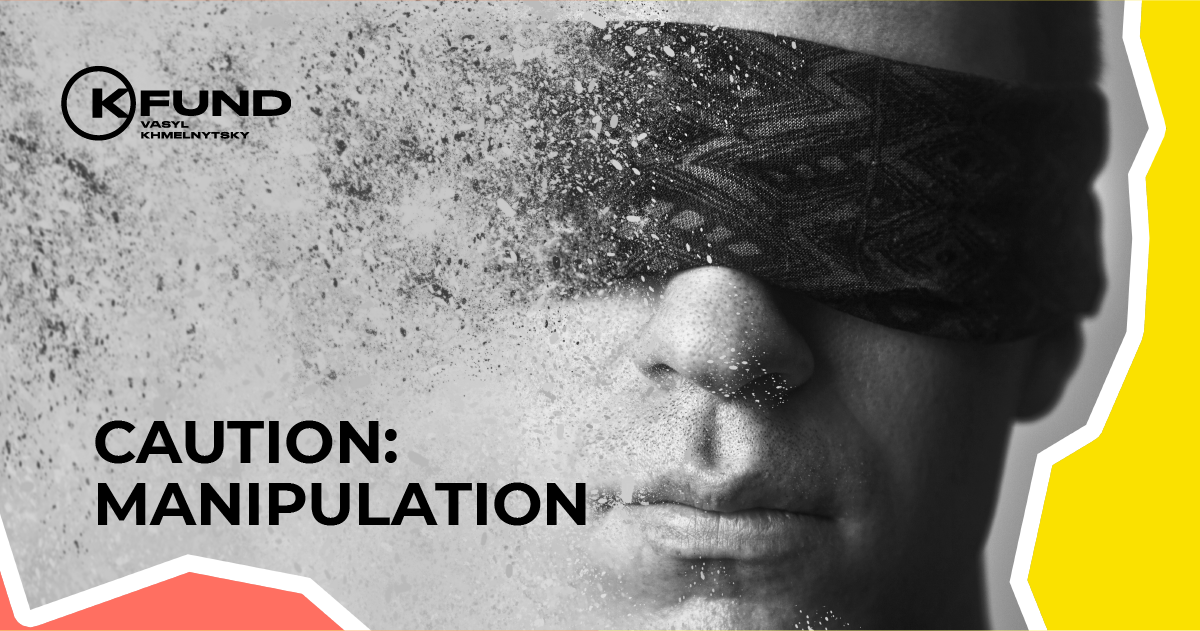 Why they hinder entrepreneurs and how to resist them.

Common sense and objectivity are important to every entrepreneur. And at every stage of running your own business: from finding an idea to business development and scaling. Earlier K.Fund wrote about the evolution of the startup.
But in some situations, the human brain is guided by irrational patterns, drawing conclusions “on the machine”. And often we do not even realize it. Such systematic errors, or rather logical pitfalls in thinking, are called cognitive distortions (or cognitive biases).

The mechanisms of cognitive prejudice formed during human evolution for better survival. The brain is an energy-intensive organ, and such distortions simplify its work. Therefore, most of our processes are unconscious and aimed at survival. For example, the tendency to look for negativity and the danger that once helped people avoid wild animals.

Here are 7 cognitive distortions that everyone has encountered.

People transfer the assessment of the qualities of the object they know to the unknown. For example, the CEO of a company seems to you to be ambitious and competent, so you will be friendly to his company. And if he made a negative first impression, then mentioning his brand in the future will cause skepticism.
“To protect yourself from the halo effect, you should take information from as many independent sources as possible,” writes psychologist Daniel Kahneman in his book Thinking Fast and Slow.

An example would be even a coin toss: after the “tails” comes up (especially several times in a row), most people will bet on the “heads”. It might seem that hitting heads frequently increases the likelihood of getting heads. In fact, the odds of getting a certain side of the coin always remain the same – 50/50.

How to counter this error? “The key is to learn to distinguish related events from those that do not depend on each other,” advises venture capitalist and cognitive researcher Jeff Stibel. If there is a feeling of a causal connection between two events, try to formulate for yourself at least one more logical explanation of this connection, except that the events occur one after the other.

This is when a person is looking for information that matches, and does not contradict, his personal beliefs.
For example, you are wary of GMOs or believe in a conspiracy of Masons. And since this topic excites you, you read thematic articles on the Internet and are more and more convinced that you are right. But do not be in a hurry to rejoice, there is a good chance that you pay much more attention to news that supports your point of view. This is how objectivity is lost: people choose information that is consistent with their expectations. And ignore everything else.
This is a common misconception, and you can only resist it by increasing your level of education.

This is the tendency to make decisions under the influence of the information we receive first – it plays the role of anchor for us.

Let’s say you decide to buy a car and negotiate a price with the seller. The first amount he proposes will determine the tone of the negotiations. And if the seller lowers the price a little, it will seem attractive, even if you considered such a price too high before the start of negotiations.

“To avoid the anchor effect, do not stick to first impressions and make decisions until you have considered all the information available to you,” advises psychologist Daniel Kahneman.

During World War II, the United States decided, based on the results of the battles, to find out on which parts of the aircraft it was necessary to strengthen the protection: they studied the aircraft that returned from combat missions, and found that there were more holes on the wings and tail. It was decided to strengthen these parts. But observant statistician Abraham Wald noted that it is worth strengthening those places where the returned planes have no holes – the fuel system and the engine. Thanks to the fact that they were not hit, the planes were able to return to base.

Therefore, when collecting information, use not only the statistics of successful cases (“survivors”), but also data from the group of “dead”. So, in advertising for weight loss, you can see successful examples and reviews from satisfied customers. Advertising, of course, is silent about unsuccessful examples, that is, about people who were not helped by this product.

Have you noticed that in horoscopes the description of a sign very accurately coincides with a person’s ideas about himself? Psychologists have called this phenomenon the “Barnum Effect” (after the 19th century showman and dexterous manipulator Finneas Barnum). The fact is that most people tend to perceive general and vague descriptions as an accurate description when it comes to them. Naturally: the more positive the description, the more coincidences.

We can perceive the same information in a positive or negative way, depending on its wording and context.

For example, in essence, the ads “you will pay 50% of the cost for the item” and “you will save 50% of the cost” are the same. But in the first, the emphasis is on loss, and in the second, on conservation, so it attracts more.

To get rid of the influence of the framing effect, it is worth, according to Daniel Kahneman, to analyze the contexts of statements before making a decision.

How to counter cognitive traps?

Today, the number of recorded cognitive biases is over 170, but no one really knows how many there are. Therefore, in the process of analyzing information and making decisions, you need to ask yourself the following questions:

The answers to these questions help to critically treat the available data, to consider the situation from all sides and draw conclusions based on detailed analysis.