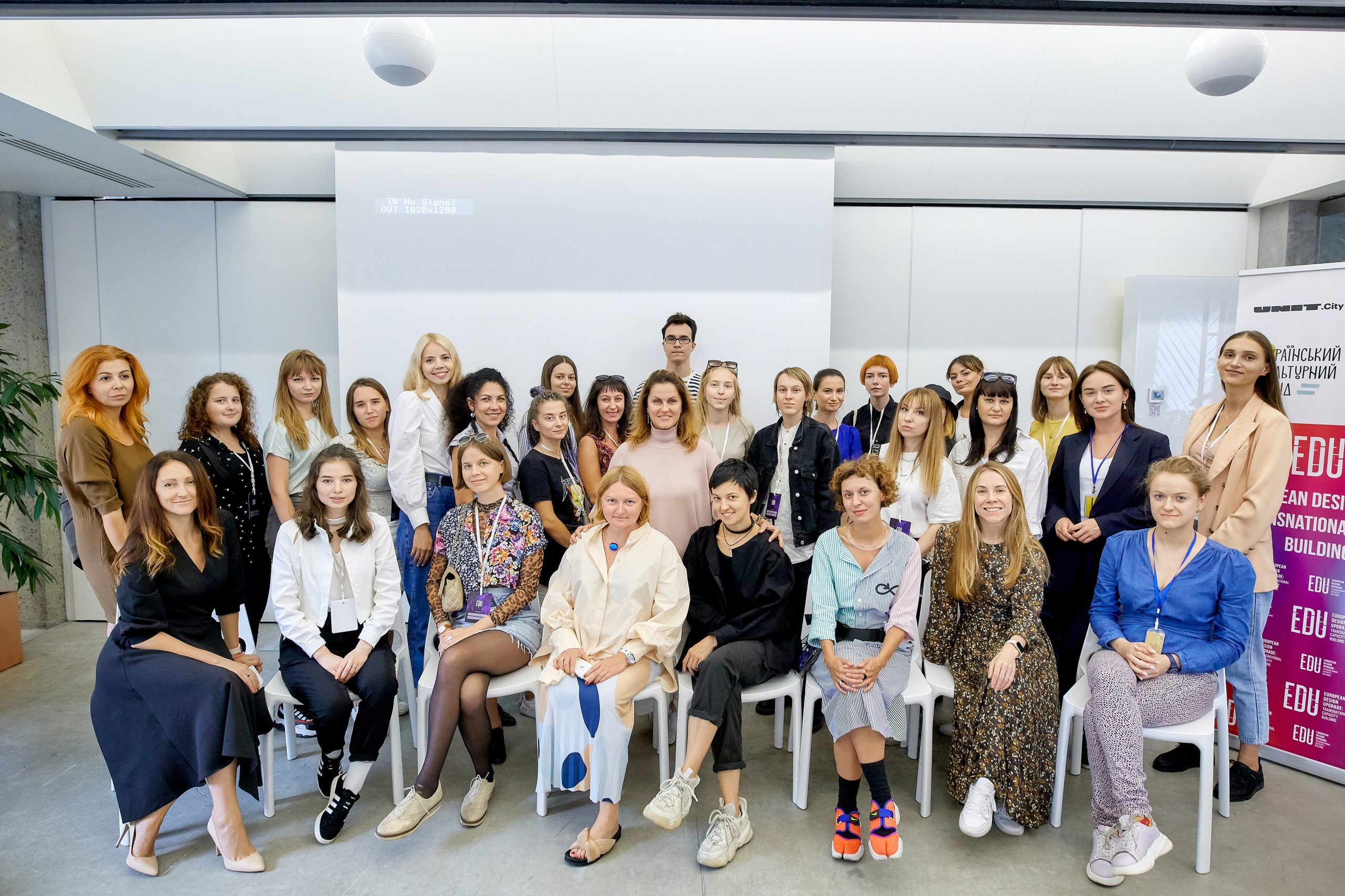 This year EDU 2.0 was launched in two Ukrainian cities – Kyiv and Kharkiv. The course includes:

Olena Dobrorodneva, vice president of Vasyl Khmelnytskyi foundation K.FUND and conceptual leader of the European Design Upgrade, on September 14, while presenting the course at the UNIT.City innovation park in Kyiv, noted:

Students told what ideas they want to bring in during the course: art therapy for TV journalists, trend agency for fashion designers, redesign of clothes, production of green energy from the road traffic etc. Mentors Alina Gaieva, Olena Orap, Daria Podoltseva and Lilia Derman also took part in the event.

Finally EDU 2.0 was presented in Kharkiv. On September 9, more than 30 students of the Kharkiv State Academy of Design and Fine Arts gathered at the UNIT.City Kharkiv to learn about the program. Some of them have already become EDU 2.0 students.

All the participants from Kyiv and Kharkiv will present their ideas to the business environment at the end of the project for further internships and cooperation.