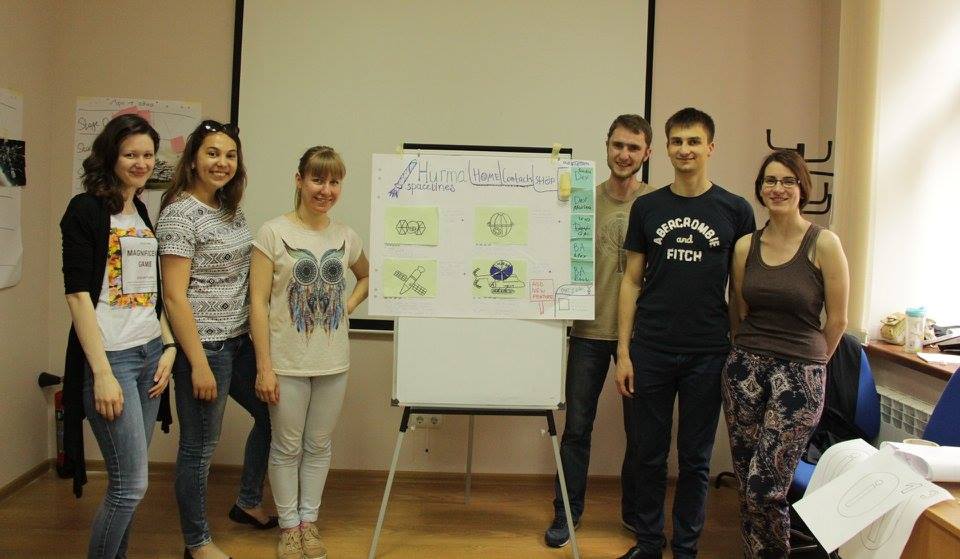 A unicorn, a spaceship and a flock of colorful airplanes – where else one could see it all together? Only at BIONIC Summer Camp Test Drive! How else one could feel like a participant of a future BIONIC Camp and a real programmer?

Where did you take the unicorn?

This is a special feature from “Three plus one” team. “Persimmon” team created its own spacecraft and “Penguins so far” team sold teepees and other real estate. And there is more to come! The participants of Test Drive were creating the project for real “clients”, and also they were divided into teams, tried on the roles of developers, business analysts, QAs and presented their projects to the audience.

Everything went the way it would to be at BIONIC Summer Camp. The clients are real, Front-end developers and QA\Business Analysts are in one team, and the main thing – a lot of fun, drive and useful skills.

The Client, accept the work!

The projects – a live helicopter, fast moon rover and a “smart house” – the participants had not only to come up with, but also to demonstrate to the customer. So the guys tried their best. But not all customers were immediately happy! The moon rover had to be added with a wing and the helicopter – with some speed.

We are looking forward to see you at BIONIC Summer Camp. Within 6 weeks of the summer, the participants will learn Front-end development or become awesome QA\Business Analysts. Last year campers were divided into teams of Marvel heroes. The topic of this year’s Camp is still a secret. But those attentive could have already guessed!

Wish to attend BIONIC Summer Camp or next Test Drive?

Leave your contacts below and we’ll invite you!